Betty Hemmert, was an accomplished pianist and a talented voice teacher.  She first came to Piqua in 1945 to teach music at Wilder Junior High and Piqua Central High School.  She began to teach piano privately while rearing their five children.

Hemmert was organist and choir director for several churches and directed the quartet at the Jewish Temple.  She was founder and director of the Piqua Community Chorus and also directed the Skylarks, a girls vocal ensemble in the 1940’s and the Silhouettes, a girls trio in the 1970’s.  Betty taught private voice lessons for many years until retirement in 1999. Her students were highly successful in Ohio Music Education Association contests and on the high school stage.

This scholarship is intended to be presented to a resident in the City of Piqua who is currently a high school senior seeking enrollment in an accredited college or other post-high school institution. The student is required to reside in the 45356-zip code upon high school graduation. The student must show that he or she has made a significant contribution to the performing arts during their high school years. They should demonstrate that during the four years spent in high school that they had a musical achievement, were committed to various high school musicals or served on the musical committees.

For more information and to obtain a scholarship application form, please contact your guidance counselor, the Piqua Area Chamber of Commerce at 937-773-2765 or email ksherman@piquaareachamber.com. Applications may also be downloaded from the link below.

The deadline for the application and letters of recommendation to be turned in to the Piqua Area Chamber of Commerce, 326 N. Main Street, is 4:00pm on Friday, March 29, 2019.

The Mills Brothers began their career in 1925 as “Four Boys and a Guitar”. Their parents, John H. and Ethel M. Mills moved to Piqua in 1908-09. The “Four Boys” got their professional start with the local Greenamyer Orchestra. Their first record was cut in 1927 and during the next fifty years, the group cut over 1,246 records. The Mills Brothers biggest hits included “Tiger Rag”, “Glow Worm” and “Bye, Bye Blackbird”.

Similarly, the Bogart Brothers began their careers locally with their starring roles on the Lehman Catholic High School stage. They are the sons of Kathy and Bob Bogart of Houston, Ohio. Matt, Daniel and Dominic received the Mills Brothers Scholarship and have pursued careers in professional music performing in various roles on stage around the country. Kevin chose not to pursue a career in the arts. He plays guitar as a hobby and for various musical productions.

This scholarship(s) is intended to be presented to a resident in the City of Piqua who is currently a high school senior or currently attending an accredited college, music school or other post-high school institution. The student is required to have resided in the 45356 zip code upon high school graduation. Also, the student must show that he or she will or is pursuing music, music education or the performing arts field of study.

For more information and to obtain a scholarship application form, please contact your guidance counselor, the Piqua Area Chamber of Commerce at 937-773-2765 or email ksherman@piquaareachamber.com. Applications may also be downloaded from the link below.

The deadline for application and letters of recommendation to be turned in to the Piqua Area Chamber of Commerce, 326 N. Main Street, is 4:00pm on Friday, March 29, 2019.

Please choose between Steak or BBQ Chicken/ Ribs Combo and select that ticket to reserve your meal.

Presented by the Ambassador Club

MIAMI COUNTY — At the annual State of the County luncheon, the Miami County Commissioners said the county’s finances are in “pretty good shape” and announced the creation of an economic development corporation.
The event was hosted by the county Chambers of Commerce at the Piqua Country Club.
Thanks in large part to elected officials in the county, Commissioner Jack Evans said the county’s finances are sound.
“In terms of finances, we’re in pretty good shape,” he said. “Miami County is very fortunate to have the ability to do the projects we need to do because of the efficiency of our other elected officials.”

Evans said that the elected officials “have been really good” in working with the commissioners on the county’s 2019 appropriations. “I don’t think we’re going to see a huge increase. There will be some we have to review, but, on the whole, it’s going to be pretty good,” he said.

Commissioner John “Bud” O’Brien announced the creation of an economic development corporation separate from county government. It would have its own board of directors, officers and code of regulations, he said.

“The establishment of this ED corporation can and would benefit the entire county and would not infringe upon the current economic development efforts already in our cities,” O’Brien said.

The corporation would have several main areas of interest, he said, including leveraging funds for infrastructure improvement projects, marketing and outreach, strategic planning regarding the Dayton airport, workforce development and business retention and expansion.

Department of Development Director Rich Osgood studied the development efforts of 26 other Ohio counties and came up with a proposal for the corporation, O’Brien said.

Funding for the corporation would be generated by property sales conveyance fees, which O’Brien said could generate between $600,000 and $700,000 a year.

The Miami County Department of Development is also eyeing expansion of its building inspection services into more counties in the future, O’Brien said. It currently provides services to Darke, Mercer, Shelby and Auglaize counties. The department is in preliminary discussions with Allen, Butler and Van Wert counties.

“We are already the second-largest building regulation department by geography in the state of Ohio,” he noted.

O’Brien also unveiled a proposed design for the renovation of the courthouse plaza, a project he has wanted to tackle since his election to the board in 2006. The project was derailed by the recession, but the commissioners have been working with Garmann Miller Architects on a new design for about 18 months, O’Brien said.

The most recent site plan features one fountain, which will be moved to the front of the courthouse, walkways with pavers that mimic the floors inside the courthouse, and more green space.

Previous designs ranged in cost from $1.6 million to $3.2 million. A cost for the most recent design is not yet available.

Evans also touched on some of the county’s “behind the scenes” efforts, including facility maintenance and sanitary engineering services like document shredding and household hazardous waste disposal.The county completed a full replacement of the fire system at the incarceration facility and replaced one of the chillers at the Safety Building.

The county also plans to replace its outdated phone and data system, he said.

Commissioner Greg Simmons provided an update on the county’s veterans services, the Miami County Sheriff’s Office and the courts.

Miami County Veterans Services used half of its allocated budget this year and returned the rest to the county, Simmons said.

According to Simmons, the office increased transportation to the VA Hospital by 20 percent, began offering budget classes to veterans and established a new position to increase social services. Next year, the office will be sending representatives to spend time with veterans in nursing homes.

“A lot of the veterans there are by themselves, they don’t get many visits,” he said. The visits will remind them that they are appreciated, he added. Simmons noted that Prosecutor Tony Kendell and Assistant Prosecutor Paul Watkins have been certified to prosecute local federal crimes. He added that the civil division has been able to collect $2.5 million in back taxes.

He credited the Miami County Sheriff’s Office with bringing in $500,000 in revenue by renting out space in the incarceration facility to the U.S. Marshals Service and other counties. He added that the department is also working to update its security.
Simmons also said that the Sheriff’s Office plans to buy a new drone, which will have thermal imaging, and can be used in searches and rescues, and at crime and accident scenes. The department’s school resource officer program continues to expand, which Simmons called “vital” to school safety and crime prevention education.

What time of day or night works for you? At the Scott Family McDonald’s, we offer flexible scheduling for mornings, day help, afternoons and overnight!! McDonald’s – a job that works for you!!!
It takes a team to make sure all our guests receive an outstanding dining experience. All positions are critical to this success, whether you are greeting our guests in the lobby, preparing food in the kitchen or keeping our stores exceptionally clean, you will be a valued member of our team!!! This a great time to become a crew member for a world famous brand. We are leading the way in customer service, technology and quality menu choices. Have you thought about being a server? A barista? A concierge? We have opportunities waiting for you!
Scott Family McDonald’s is: “Awesome people operating the best restaurants in the McDonald’s® system!” Come and be a part of something special!

All of these great benefits, in a family owned company, which is committed to supporting our employees and creating a positive and friendly work environment. Full and Part time employment. Please go to www.scottmcdonalds.com, or text SCOTT to 36453.

Office360° and Hon are giving you a chance to win FREE office furniture!

Do you have old ripped, broken, stained or tattered office furniture?  It may be time for an office intervention!

Upload a picture of your ugly office furniture here to prove why you deserve to win!  Entries will be accepted until November 1st, 2018!

Photos from the 2018 Steak Fry and Auction!

We had a a great time at the 2018 Steak Fry and Auction! We’ve got some great photos to help you relive the fun times you had, or if you couldn’t make it you can see what you missed out on! 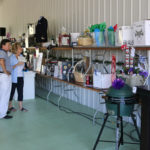 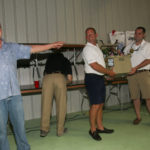 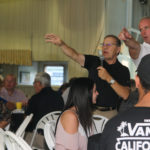 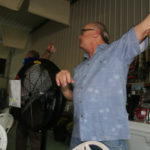 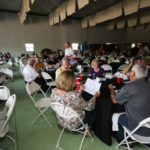 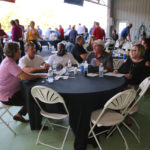 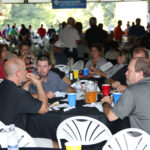 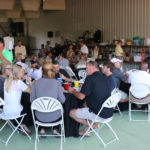 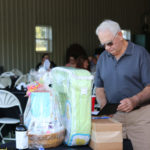 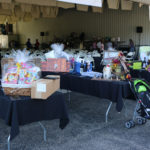 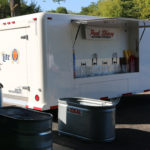 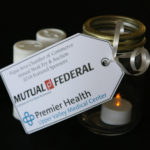 We have an adorable special guest for the Steak Fry and Auction!

We’re happy to announce that we’ll have a special guest at this year’s Steak Fry & Auction!

This year we’ll be auctioning off an absolutely adorable full-blooded German Shepherd! This cuddly puppy is the offspring of an all white father and an all black mother, which is a rare and highly sought after combination. We know this cute little guy will find a good home at the Steak Fry & Auction, which is coming up on Thursday, September 13th.

If you want a chance to bid there’s still plenty of time to get your tickets right from our website by clicking HERE. 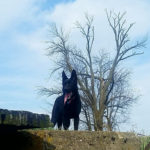 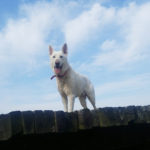 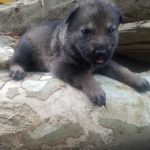 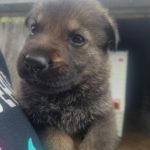 We had a great time at the State of the City event today, May 22nd, at the Fort Piqua Plaza!

Thank you to everyone who attended, and we hope everyone had a fun, informative time! 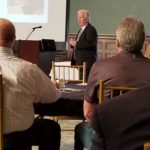 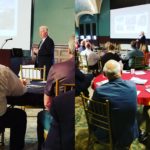